In the early 2000s, Sandow Birk began his project of illustrating the Divine Comedy, translating the 14th-century Italian setting into a 21st-century American urban vernacular. We are thrilled to be collaborating with Mr. Birk by displaying his work in the context of a reception history of illustrations of the poem.

Presented here are his 3 paintings of the realms of the Dantean afterlife – each canticle features a selection of curated Birk illustrations with captions written by Kristina Olson of George Mason University and, when relevant, corresponding engravings by the 19th-century master, Gustave Doré, one of Sandow Birk’s artistic inspirations. 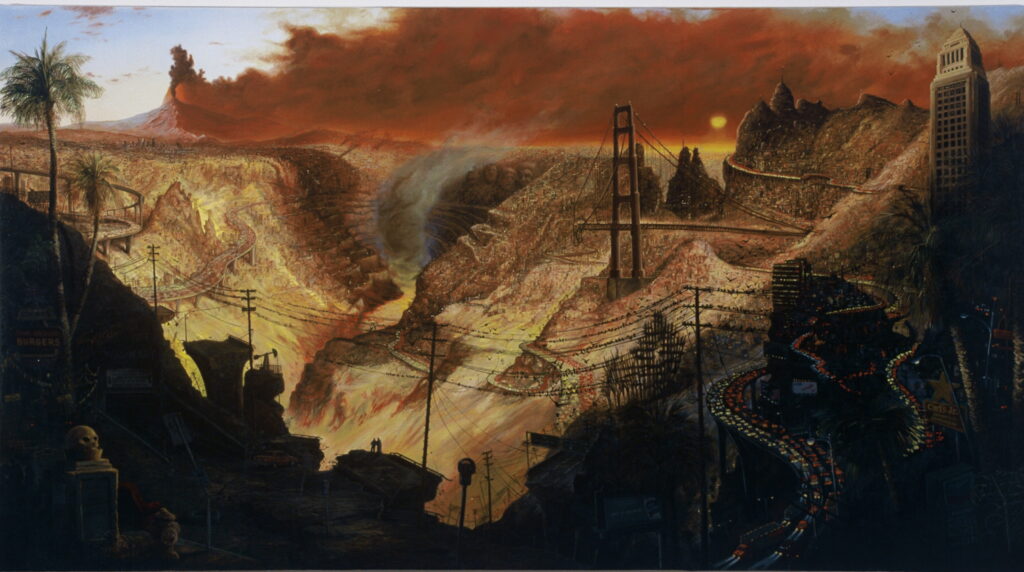 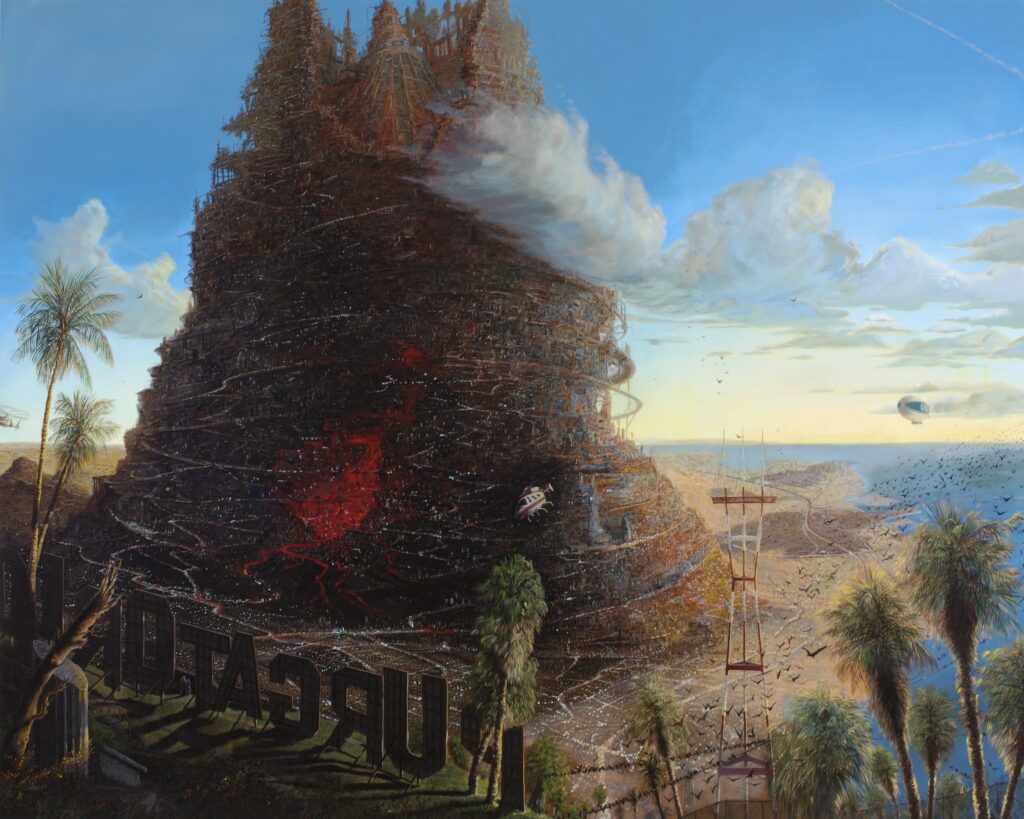 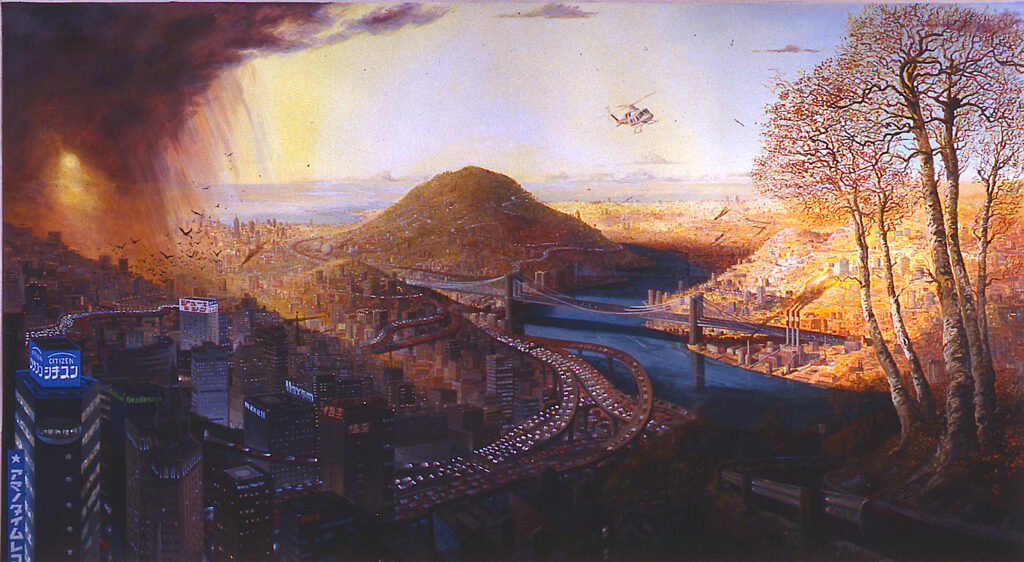