This article examines Dante’s description of the shape, motion, size, color, and configuration of the three giri (“rounds”) of the Trinity in Paradiso 33.115-120, in order to envision what the Pilgrim “saw” when looking at this great Mystery. Saiber considers possible theological, aesthetic, geometric, and nature-based configurations of three “rings” that may have inspired the Poet. In the last section of the article, Saiber and mathematician Aba Mbirika use topology—specifically, knot theory—and combinatorics to analyze one particularly suggestive arrangement for the giri: three intertwined circles in a triangular format. Of this figure’s many permutations, they isolate two variations (a Brunnian link, also called the Borromean rings; and a (3,3)-torus link) that strongly resonated with many of the qualities of Dante’s allusively depicted Trinity. 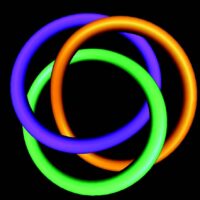 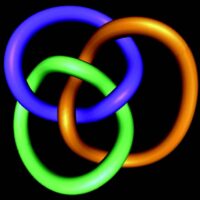